Teachers Rally in Somerville to Protest 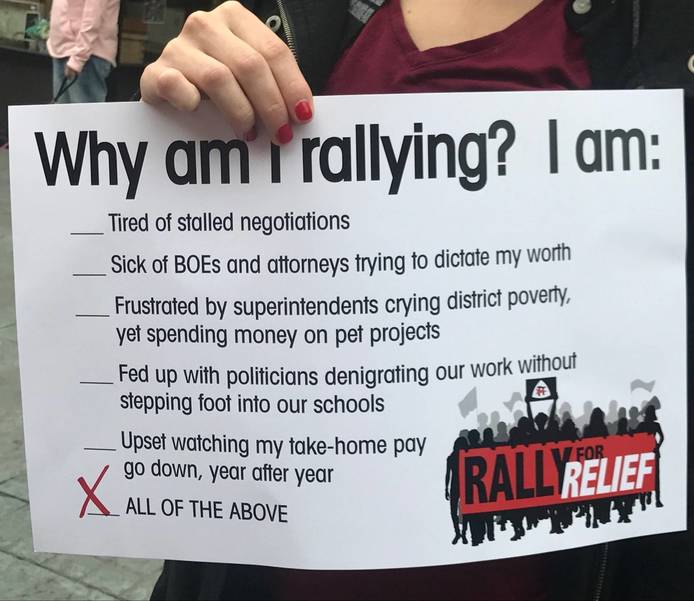 Carrying signs reading “We All Deserve Better” and “Why Am I Rallying?” the teachers wore red t-shirts in solidarity as they gathered on the Division Street pedestrian mall before walking down Main Street. 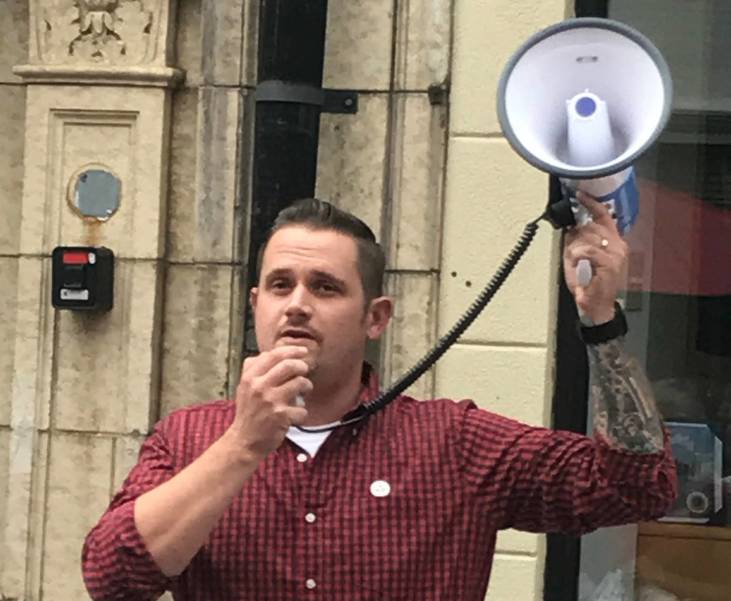 The biggest source of frustration for the teachers is a law signed by former Gov. Chris Christie effective June 28, 2011 that imposed several changes in the formula used to calculate teachers’ benefits administered by the state.

Chapter 78 also changes the manner in which the State-administered Health Benefits Programs* operate and the levels of employee contributions.

Teachers have watched as their take-home pay declines and the cost of their benefits contribution increases, according to Patrick Frain, president of the Somerville Education Association.

Standing on Division Street outside the SEA’s second-story office, Frain held a sign that read “It’s Striking How Much I am Losing.” He said he has lost $7,000 in take-home pay since Chapter 78 went into effect. 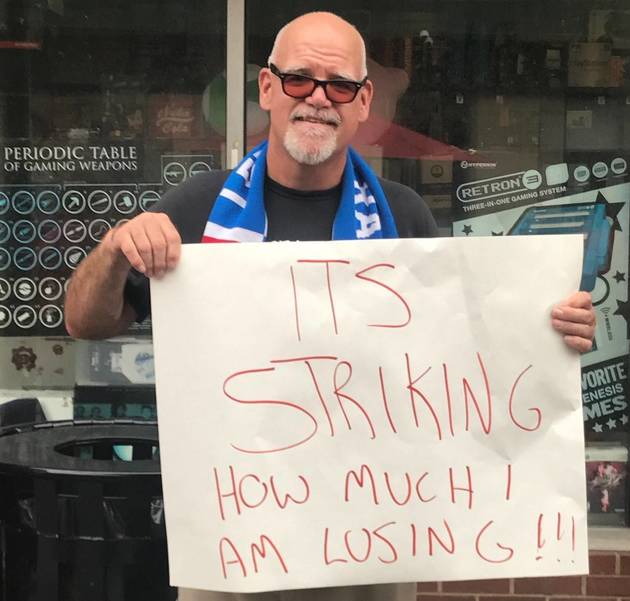 Other teachers are experiencing similar losses, he said.

In the crowd were teachers from Somerville, Hillsborough, Montgomery,  Franklin, Bridgewater-Raritan, Branchburg, North Plainfield, Bedminster and Basking Ridge, according to Frain.

Teachers in most of those districts are working under the provisions of expired contracts and/or are in fact finding with their respective boards of education, Frain said. Most of the boards have yet to  negotiate any relief from the impact of Chapter 78, he added. 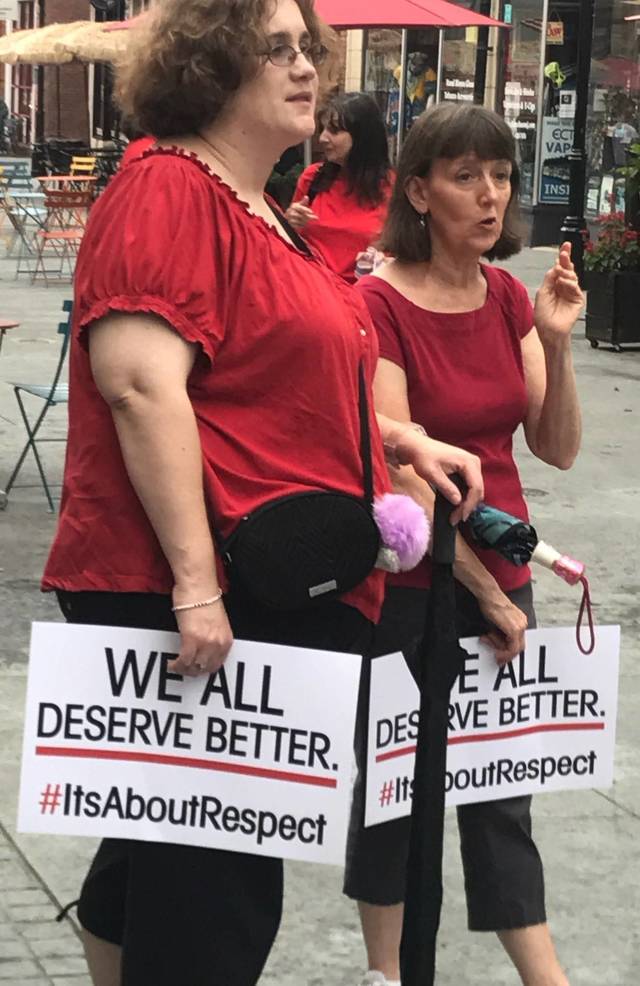 “We just talked about how 78 is killing us,” Frain said.

The Somerville Board of Education and the teachers’ union are scheduled to meet with a state fact finder on Dec. 4 in an effort to resolve the ongoing benefits issue, according to Frain. 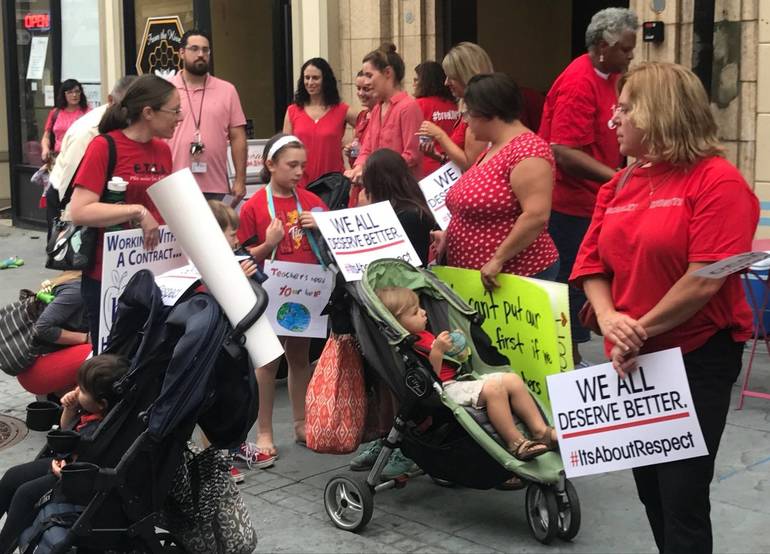 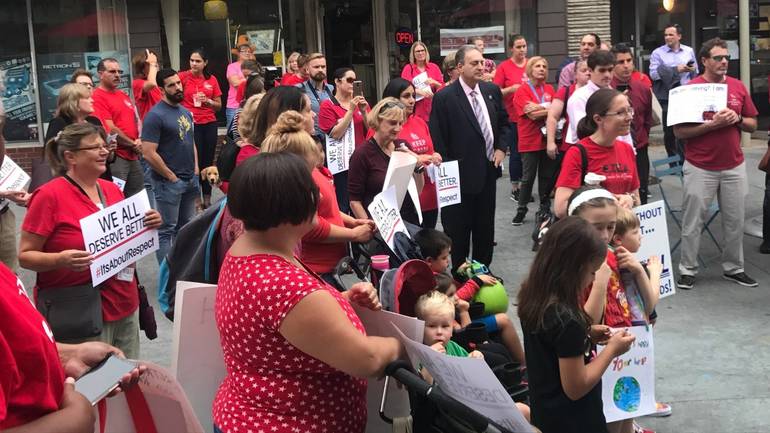 Somerset Patriots Back to School Night